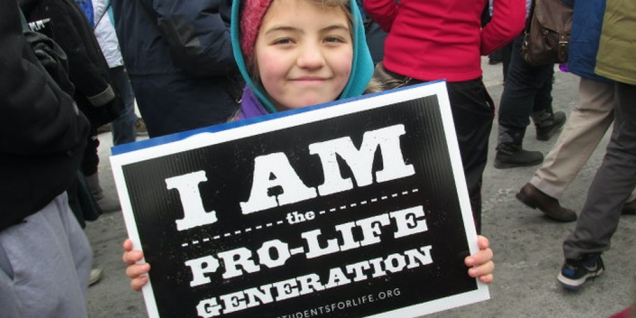 Imagining a world where the March for Life is a victory parade; where we’re holding family instead of holding signs.
Emily Griffin, Patriot Post: With the looming SCOTUS decision to possibly overturn Roe v. Wade, participants in the March for Life may be marching their last steps on Friday, though none of the participants will be sad to hang up the marching shoes — because it would mean the sanctity of life prevailed.

This historic march was thought up by 30 pro-lifers in the Washington, DC, home of founder Nellie Gray as a way to mark the one-year anniversary of the horrible Supreme Court decision in Roe v. Wade. That’s 48 years of marching in the dead of winter asking to save the lives of preborn children. Since its inception, the March for Life has had one goal in mind: To fight for the dignity of every human life and eventually end abortion. It has been graced with various speakers including Norma McCorvey (Jane Roe of Roe v. Wade), who quit her job at an abortion clinic and became a pro-life advocate; former Vice President Mike Pence; and former President Donald Trump, who was the first president to speak at this event.