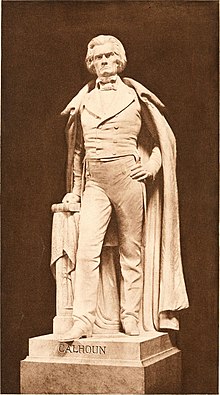 On this date in 1782 – Southern statesman, Secretary of War, and U.S. Vice-President John C. Calhoun was born in Abbeville, South Carolina.