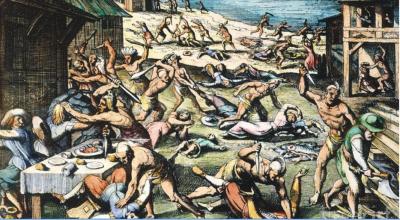 Tribes of the Powhattan Confederation killed 347 English settlers in and around Jamestown, Virginia in the first American Indian massacre of whites.