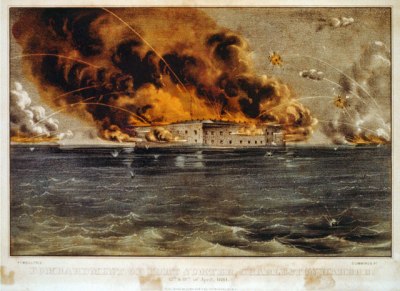 Major Robert Anderson’s Federal garrison surrendered Fort Sumter in Charleston, South Carolina. Confederate and South Carolina state troops allowed them to leave peacefully. The only federal casualty of the Fort Sumter incident occurred when a federal soldier was killed when a cannon exploded firing a salute at the lowering of the fort’s flag.