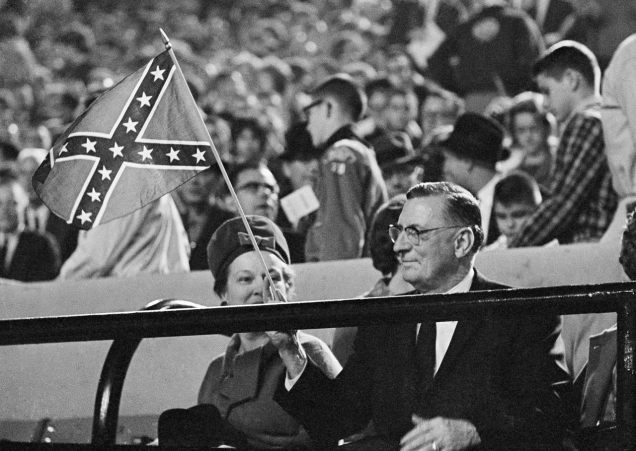 ‘One Mississippi’ replaces state song that had racist roots

(Everything has some race’s roots. Just depends who’s favored by the government supremacists – CPW)
JACKSON, Miss. (AP) — Mississippi is ditching a state song that’s based on the campaign tune of a former governor who pledged to preserve segregation.
The current governor, Republican Tate Reeves, signed a bill Thursday to replace “Go, Mississippi” with a new song called “One Mississippi.” The change will happen July 1 — two years after Mississippi retired a Confederate-themed state flag.
“Go, Mississippi” uses the tune, but not the lyrics, from a 1959 campaign jingle of Democratic Gov. Ross Barnett. “Roll With Ross” included the lyrics, “For segregation, 100%. He’s not a moderate, like some of the gents.”
Barnett unsuccessfully resisted integration of the University of Mississippi in 1962. Legislators adopted a state song that year setting new words to his campaign music: “Go, Mississippi, keep rolling along. Go, Mississippi, you cannot go wrong.”…

Read the rest at KTAR