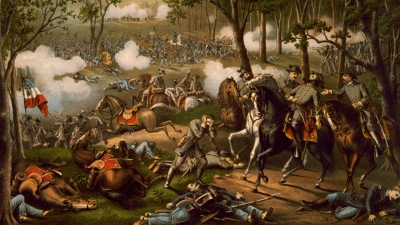 Confederate forces totally routed Federal troops at the Battle of Chancellorsville. Stonewall Jackson was wounded by friendly fire while scouting forward positions that evening and lost an arm. General Robert E. Lee was reported to have said, “He may have lost his left arm, but I have lost my right arm.”  Jackson later died of pneumonia.