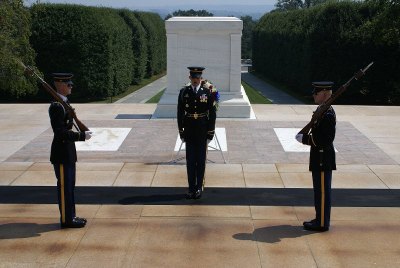 Unidentified American soldiers killed in World War II and the Korean conflict were buried in the Tomb of the Unknown Soldier at Arlington National Cemetery.