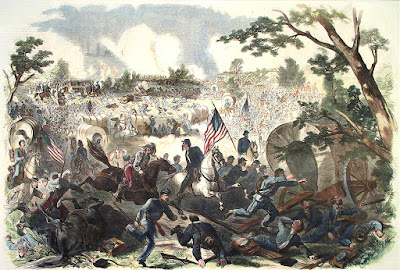 Confederate troops routed the invading federal army at the First Battle of Manassas, Virginia. The federal hopes for a quick and decisive defeat of Confederate troops ended in an embarrassing stampede back to Washington D.C. that left a trail of discarded guns and equipment all the way.