The Second Continental Congress announced that it had unanimously adopted the Declaration of Independence, largely authored by Thomas Jefferson. (Actually adopted and signed on the 2ndof July)

Confederate generals George Pickett and John Pettigrew launched their divisions on a doomed charge up Cemetery Ridge at Gettysburg, Pennsylvania. After ineffective artillery fire began the battle, Pickets Division was practically destroyed by massed federal rifle and artillery fire, but even still managed to reach and briefly take a small part of the federal line before being repulsed by a counter attack. 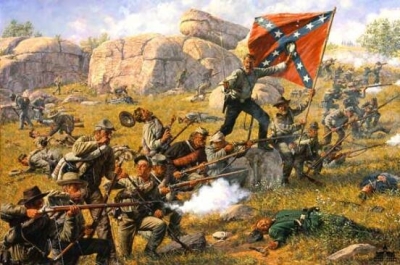 The Battle of Gettysburg continued to rage with Confederate assaults on Little & Big Round Tops, Devil’s Den, the Wheatfield, the Peach Orchard, Cemetery Hill and Culp’s Hill at Gettysburg, Pennsylvania. 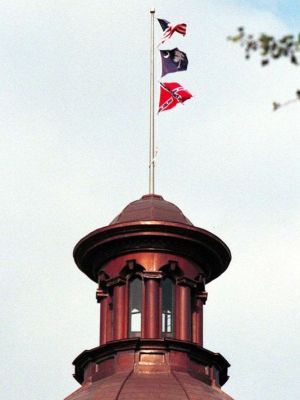 Despite overwhelming public opposition, the Confederate Battleflag was removed from the statehouse dome in Columbia, South Carolina.  Voter outrage with a “No Votes for Turncoats” campaign replaced the governor and almost all legislators responsible during the next election.